"Life is like a roller coaster, so enjoy the ride" 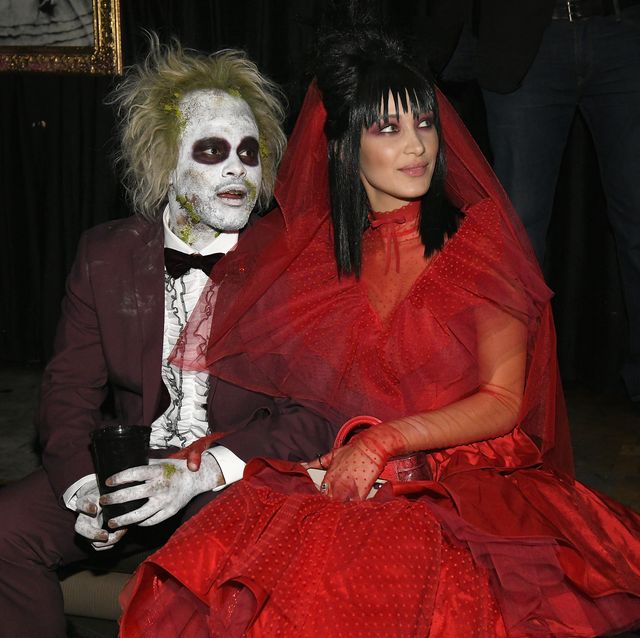 Do you want to do a couple costume but your partner doesn’t? Should you be mad!

Ahhhh!!!! This is an ongoing issue!!! Doesn’t it make you want to scream a little, you want something that they don’t want. The second Halloween passes it’s almost like that issue didn’t exist.

Also Hey guys!!! I’m glad some of you are reading my content and keeping up with it as well. My topic above came up recently in a conversation I had with a friend because both of our boyfriends don’t do couple costumes. I know shocking right?! Can you believe how many guys think it’s a little corny. I mean my own stepfather won’t even wear a costume on Halloween, just a mask if were lucky. It’s just not for everyone!

Although you’d be surprised how many couples I know, who do! Let me just make something clear, just because your partner isn’t into couple costumes, doesn’t mean that they don’t care about your feelings. I feel like it’s always a misconception around these holidays. Whether you want to arrive at this year’s Christmas party as a reindeer and don’t understand why he won’t wear the elf outfit you bought him. Even though even I think that’s a little much!

You can’t let small misconseptions disrupt your relationship. It’s almost like him loving the show friends and you despising it. Or he hates bbq sauce and you eat it with everything.

Relationships can be described as cooking dinner. If you guys take your time and even clean up as you go. Then as one makes the plates the other set’s the table before you know it you’re having a delicious meal and it went smoothly basically because as long as you work on your problems as they arise and not wait them out, you’ll be better off. Now a messy relationship would be waiting till the last minute to put the meat out, starting to cook and every mess you make you leave it on the counter until the sauce sticks. Then before you know it you’re trying to clean it and the meat burns.

Take everything with a grain of salt. Don’t let the little issues disguise themselves as big ones. Now if doing a couple costume will make your world go round then tell him that. If he cares about your feelings and doesn’t mind the fact of matching. Maybe his only condition will be that he picks the costume.

Let’s remember relationships are all about compromise, so remember that before you push something that you don’t feel like giving back in return.

Try your best to enjoy this Halloween party or small gathering your heading to this 31st of October. Because at the end of the day the only thing that really matters is that you two get to spend Halloween together.

Have a Happy Halloween Everyone!!!!

This site uses Akismet to reduce spam. Learn how your comment data is processed.